The Evolution Of Marble Sculpting

We all know Marble is one of the oldest and beautiful stones in the world. But do we know where it comes from?

In geological terms, Marble is a metamorphic rock that is made up of limestone. Metamorphic rocks are formed from materials that already exist on the earth’s surface. 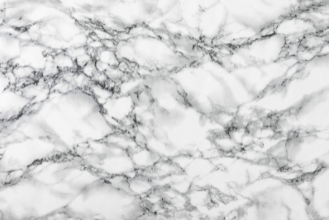 With time, Marble gradually became a favourite choice of stone and is now widely used in buildings and artworks.

Some of the very famous art pieces in the world are made up of Marble.

Take the Taj Mahal, for example; there’s no escaping from its beauty.

When we talk about sculpting, Marble is possibly the most used material. Its durability and clarity have made it a famous medium for many great sculptors.

The most popular types of Marble stones used for sculpting are Pentelic, Parian and Carrara Marble. The material, of course, differs in variety due to colour, texture and chemical properties.

As you read this, think about a marble sculpture. What do you see?

Is it the statue of David by Michelangelo? Or is it the Parthenon Marbles by Phidias?

Now that we have an idea of Marble and sculpting let’s dive deep into its chronology, ancient to modern!

During the Mesopotamia civilization, Marble was mainly used to create models of animals. Materials like limestone, terra-cotta were also commonly utilized along with marble.

These figures were created for religious and relief purposes to convey the significance of gods and royalty.

Ancient Egyptians also used Marble to sculpt Pharaohs, Gods and Guardians for temples and tombs. They were hieratic in nature and represented life, nature and a sense of completeness.

Coming to the Greek Archaic Sculpture era, Marble was often used to sculpt the classics- a draped female and a nude male.

According to the Greeks, a human form sculpture was the epitome of artistic value.They took keen interest in sculpting body parts and other elements of day-to-day life.

We’re all familiar with the Greek Gods and how they were portrayed. This portrayal was eventually inculcated in sculpting. Every tiny detail was highlighted when it came to these sculptures.

The Greek nose, for instance, it’s a straight nose that has pretty nostrils. It is popularized and considered a symbol of perfection even now!

Sculpting with Marble played a significant role in the Roman Relief Sculpture era. It was often found in hundreds of cathedrals, churches and abbeys.

The Roman portraiture is really something to adore!

Busts are life-sized sculptures of different people, including political leaders, military officials and historians sculpted only until the chest or neck region.

The emphasis was mainly on the face and its characteristics. Details like the eyes, nose and mouth were accentuated.

Slowly, Marble also reached Renaissance and the well-known artist Michelangelo got his hands on sculpting.

What can we say about Michelangelo!  All his works from Bacchus to Pieta are remarkable and legendary.

During the Italian Renaissance, the most important feature of the art composed was naturalism.

With that, details like the body anatomy, clothing drapes and perspective were given stressed upon. The final aim was to portray these elements naturally to anybody who laid eyes on the sculpture.

This typically changed the art of sculpting and made ways for it transform into something more expressive.

During the Modern Art Movement, every artist’s intention was to rethink, re-imagine and sometimes reject the traditional aesthetics values of preceding works.

Auguste Rodin, an artist who was fascinated by the human body created sculptures that were extremely figurative in nature. His works were recognizably derived from ordinary life.

The state of Sculpting today

Marble sculptures today have a twist of contemporary and classical models. They range from realistic to abstract representations which highlight the timelessness of using Marble during the ancient times.

Among the many artists, Kevin Francis Gray is an artist that has produced multiple Marble sculptures which depict both figuration and abstraction.

His works explore many themes that surround the idea and emotions of vulnerability.

While we talk about the evolution of sculpting, take a look at our collection of Marble statues.

What’s the best part you ask? It can be customized and crafted in a way that will match any space or property!

Sculptures throughout history have successfully expressed human emotions and feelings, considering an artwork’s objective is to bring out a certain message to the people.

This three-dimensional art form seems to help the world of art by communicating a wide range of subtle and powerful sentiments.

From statues, fountains to counter-tops, marble made its way in the world and is now an exquisite choice among the masses.